On my way home about 2 years ago, I stopped by a Target to pick up some dinner. As I waited in line to check out, I talked with the woman in front of me. My kids would tell you that talking to random strangers is a past time of mine. I find it fascinating to lean in and hear stories from people who are different than me. 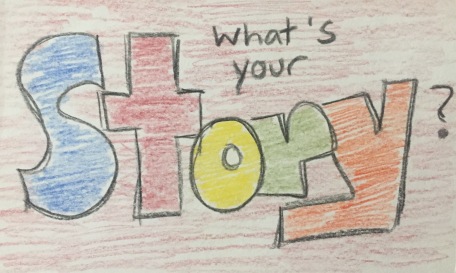 Ilene fit the bill; we live in different neighborhoods, our skin colors don’t match, and there was at least a 20 years age gap. But the more we talked, we found our common ground. She was a pastor at a local church near the Target, and at that time I was an intern pastor in south Minneapolis with one day looking to take a call in the twin cities. Of course, it would be God that brought us together and changed my life.

Not too many people know this secret desire of mine to live in Oregon, but Ilene had my attention. She went on to introduce herself as a modern day prophetess. Our conversation carried on about what that means and how she hears the Lord. But then she said something that was unique to me with “Heather, you have the gift of storytelling – use it! ‘Thus says the Lord!'” My response was “I do! Why do you say that?”  Ilene’s next words echoed verbatim what my former Senior Pastor, Debra Samuelson had just told me weeks before. Ilene said, “Heather, when you call the children forward, and teach the congregation God’s story, the Holy Spirit takes control of you, and the people listen. ‘Thus says the Lord'”

I never told Ilene that my pastor had said those exact words to me. I never mentioned that along with being an intern pastor that I was also the Director of Children’s Ministries at my former congregation. I never told her I was storyteller. Ilene’s words went on to say things about my love for story that had me captivated. She shared in detail about how I tell story, what I say, and how I have the congregation participate. So I asked her, “Why share these things with me here at Target? Why do these details matter?”  Her words did not make since to me. But then, Ilene told me one more thing, she said, “God wants you to get off the couch and to start writing your stories, other people’s stories, and church stories down. ‘Thus says the Lord!'”

That’s when I started this blog 22 months ago, and in less than 2 years there have been 50,000 hits from 63 different countries. The 80 stories posted range from hospitality to CYF ministry, from creative worship things to service projects. You can read about the “why” I started the blog, but in a nut shell, it was to share your stories and my stories in the midst of God’s story. That the church is not dying; it is just changing! And as God’s faithful people and in the words of Ilene, we are called to get off the couch and share it! “Thus says the Lord!”

So thank you thus far to all the churches including my own that have participated. If your church has a story to tell, please email me at heatherrothjohnson@gmail.com. I would love to share your story on Storyboard: Moving Forward in God’s Story. Believe and know your stories are making a difference in the church world. Thanks be to God for that!

One thought on “A Modern Day Prophetess”